Robert K. Massie was born in Lexington, Kentucky, and studied American history at Yale and European history at Oxford, which he attended as a Rhodes Scholar. He was president of the Authors Guild from 1987 to 1991. His books include Nicholas and Alexandra; Peter the Great: His Life and World (for which he won a Pulitzer Prize for biography); The Romanovs: The Final Chapter; Dreadnought: Britain, Germany, and the Coming of the Great War; Castles of Steel: Britain, Germany, and the Winning of the Great War at Sea; and Catherine the Great: Portrait of a Woman. 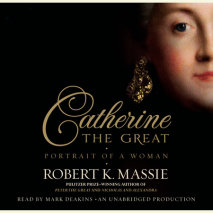 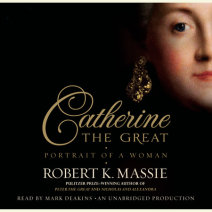 audio
The Romanovs: The Final Chapter
Author: Robert K. Massie | Narrator: Geoffrey Howard
Release Date: August 16, 2011
A “masterful” (The Washington Post Book World) account of the quest to solve one of the great mysteries in Russian history—from the Pulitzer Prize–winning author of Peter the Great, Nicholas and Alexandra, and Catherine the Gr...
ABOUT THIS AUDIOBOOK
$20
ISBN: 9780307970237
Unabridged Download