Anne McCaffrey, one of the world’s most popular authors, is best known for her Dragonriders of Pern® series. She was the first woman to win the two top prizes for science fiction writing, the Hugo and Nebula awards. She was also given the American Library Association’s Margaret A. Edwards Award for Lifetime Literary Achievement in Young Adult Fiction, was inducted into the Science Fiction Hall of Fame, and was named a Science Fiction Writers of America Nebula Grand Master. Born in Cambridge, Massachusetts, in 1926, McCaffrey relocated to Ireland in the 1970s, where she lived in a house of her own design, named Dragonhold-Underhill. She died in 2011. 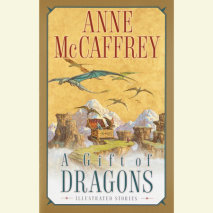 audio
A Gift of Dragons
Author: Anne McCaffrey | Narrator: Lee Meriwether
Release Date: October 29, 2002
For more than thirty years, Pern has conjured visions of brave men and women mounted upon the backs of dragons. As anyone knows who has been touched by the storytelling magic of Anne McCaffrey, to read of the exotic world of Pern is to inhabit it...
ABOUT THIS AUDIOBOOK
$14.95
ISBN: 9780739301852
Unabridged Download 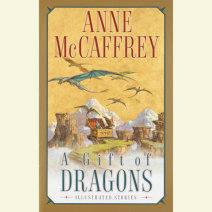