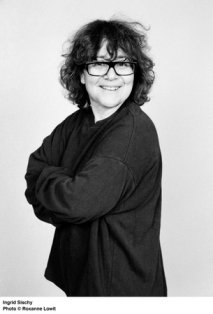 INGRID SISCHY was a South African-born American writer and art critic who focused on art, photography, and fashion. She was the editor-in-chief of Artforum from 1980 to 1988, the editor-in-chief of Interview magazine from 1989 to 2008, a consulting editor at The New Yorker from 1988 to 1996, and a contributing editor to Vanity Fair from 1997 to 2015. She died in 2015. 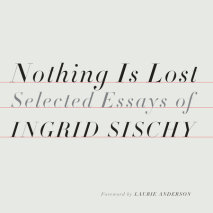 audio
Nothing Is Lost
Author: Ingrid Sischy and Laurie Anderson | Narrator: Gabra Zackman
Release Date: November 20, 2018
From the late editor, writer, and critic, one of the great chroniclers of the art, fashion, and celebrity scenes: an expansive collection of thirty-five essays that offer an intimate look into the worlds of some of the most important and well-known ...
ABOUT THIS AUDIOBOOK
$27.50
ISBN: 9780525643043
Unabridged Download 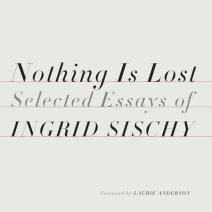