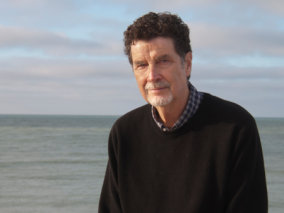 Tom Sancton, author of The Bettencourt Affair and five other nonfiction books, was a longtime Paris bureau chief for Time magazine, where he wrote more than fifty cover stories. A Rhodes scholar who studied at Harvard and Oxford, he is currently a research professor at Tulane University in New Orleans, where he spends part of the year. In 2014, the French government named Tom Sancton a Chevalier (Knight) in the Order of Arts and Letters. 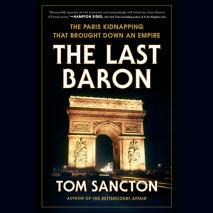 The Last Baron
Author: Tom Sancton |
Release Date: April 05, 2022
A riveting, on-the-edge-of-your-seat tale about the notorious 1978 kidnapping of Baron Édouard-Jean “Wado” Empain, intertwined with the story of his famous grandfather, the first baron and builder of the Paris Métr...
ABOUT THIS AUDIOBOOK
$22.50
ISBN: 9780593510063
Unabridged Download 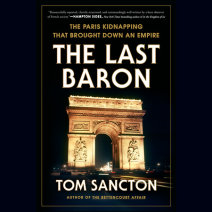 audio
The Bettencourt Affair
Author: Tom Sancton | Narrator: Amanda Carlin
Release Date: August 08, 2017
An NPR Best Book of 2017Heiress to the nearly forty-billion-dollar L’Oréal fortune, Liliane Bettencourt was the world’s richest woman and the fourteenth wealthiest person. But her gilded life took a dark yet fascinating turn in the...
ABOUT THIS AUDIOBOOK
$22.50
ISBN: 9781524776824
Unabridged Download