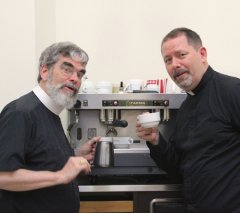 BROTHER GUY CONSOLMAGNO, SJ was born in Detroit, Michigan, earned undergraduate and masters' degrees in Earth and Planetary Sciences from MIT (in 1974 and 1975), and a Ph. D. in Planetary Science from the University of Arizona in 1978. He worked as a post-doctoral fellow and lecturer at Harvard University's Department of Astronomy, and MIT's Department of Earth and Planetary Sciences; served in the US Peace Corps, teaching physics at the University of Nairobi; and was a physics professor at Lafayette College in Pennsylvania, before entering the Jesuits as a brother in 1989. At the Vatican Observatory since 1993, his research explores connections between meteorites, asteroids, and the evolution of small solar system bodies. 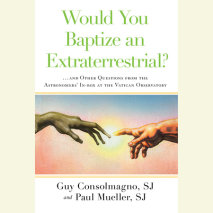 audio
Would You Baptize an Extraterrestrial?
Author: Guy Consolmagno, SJ and Paul Mueller, SJ | Narrator: Rob Shapiro and Joe Ochman
Release Date: October 07, 2014
Witty and thought provoking, two Vatican astronomers shed provocative light on some of the strange places where religion and science meet.“Imagine if a Martian showed up, all big ears and big nose like a child’s drawing, and he asked to b...
ABOUT THIS AUDIOBOOK
$20
ISBN: 9780553399936
Unabridged Download 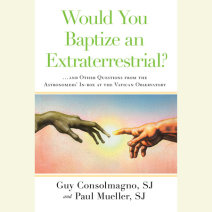