Mayim Bialik
Mayim Bialik is best known as Amy Farrah Fowler on America’s #1 comedy, The Big Bang Theory, a role for which she has received four Emmy nominations and a Critics’ Choice Award. She also starred in the early-1990s sitcom Blossom. Mayim earned a BS from UCLA in Neuroscience and Hebrew and Jewish studies, and went on to earn a PhD from UCLA in Neuroscience. She is the author of Beyond the Sling and Mayim’s Vegan Table.

Mayim founded GrokNation.com in 2015 as a platform for sharing her writing on everything from religious observance to women’s issues to politics to maintaining modesty in Hollywood. She seeks to present herself as a normal, imperfect mom trying to make everything run smoothly in a world that often feels out of her control. Mayim lives in Los Angeles with her strong, smart, spectacular sons.

You can visit Mayim Bialik at groknation.com and follow her on Twitter and Instagram @MissMayim. Watch her videos at youtube.com/mayimbialik.
Read More +
2 results   page 1 of 1   view sort by 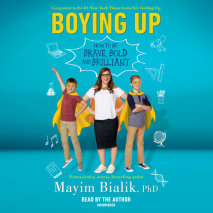 audio
Boying Up
Author: Mayim Bialik | Narrator: Mayim Bialik
Release Date: May 08, 2018
Mayim Bialik, Jeopardy! host and star of The Big Bang Theory and author of the #1 bestseller Girling Up, puts her Ph.D. to work to talk to teen boys about the science and pressures of growing up male in today's world. A must-have book for all teenage...
ABOUT THIS AUDIOBOOK
$20
ISBN: 9780525632252
Unabridged Download 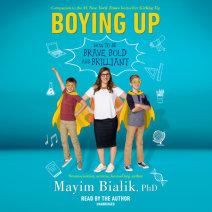 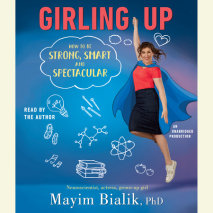 audio
Girling Up
Author: Mayim Bialik | Narrator: Mayim Bialik
Release Date: May 09, 2017
Mayim Bialik, Jeopardy! host and star of The Big Bang Theory, puts her Ph.D. to work as she talks to teens about the science of growing up and getting ahead. A must-have book for all teenage girls.Growing up as a girl in today’s world is no eas...
ABOUT THIS AUDIOBOOK
$20
ISBN: 9781524780395
Unabridged Download 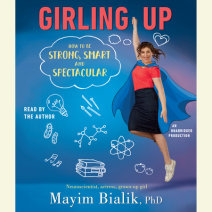