Nicholas Meyer is a screenwriter, producer, author and director, most known for his bestselling novel The Seven-Per-Cent Solution, and for directing the films Time After Time, two of the Star Trek feature film series, and The Day After. He was nominated for an Academy Award for Best Adapted Screenplay. He has also been nominated for a Satellite Award and three Emmy Awards, and has won four Saturn Awards. 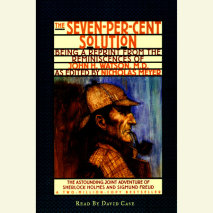 The Seven-Per-Cent Solution
Author: Nicholas Meyer | Narrator: David Case
Release Date: May 26, 2009
This "rediscovered" Sherlock Holmes adventure recounts the unique collaboration of Holmes and Sigmund Freud in the solution of a mystery on which the lives of millions may depend.
Illustration by David K. Stone.
ABOUT THIS AUDIOBOOK
$17.50
ISBN: 9780307702449
Unabridged Download 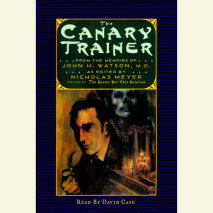 The Canary Trainer
Author: Nicholas Meyer | Narrator: David Case
Release Date: May 26, 2009
This fantastic work of fiction that is based on a found manuscipt at a renowned univerity, follows the Great Detective, Sherlock Holmes during a previously unrevealed part of his life.
ABOUT THIS AUDIOBOOK
$17.50
ISBN: 9780307702463
Unabridged Download 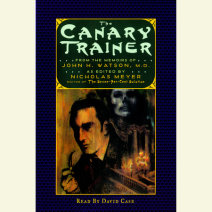