Cindy McCain is the chairman of the board of the McCain Institute for International Leadership. Married to Senator John McCain for nearly four decades, Cindy became well known for her support of military families and for her speech at the 2008 Republican National Convention that nominated John as the party’s presidential candidate. She is chairman of her family business, Hensley Beverage Company, and her extensive philanthropic and humanitarian work has won her many awards. Cindy and John raised four children together: Meghan, Jack, Jimmy, and Bridget. Cindy now travels extensively to raise awareness of human trafficking around the world, but her home base remains in Phoenix, Arizona. 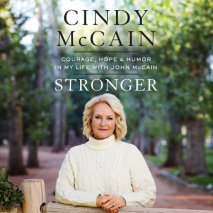 audio
Stronger
Author: Cindy McCain | Narrator: Cindy McCain
Release Date: May 11, 2021
In Stronger, the widow of Senator John McCain opens up about her beloved husband, their thirty-eight-year marriage, and the trials and triumphs of a singular American life. My husband, John McCain, never viewed himself as larger than l...
ABOUT THIS AUDIOBOOK
$20
ISBN: 9780593395929
Unabridged Download 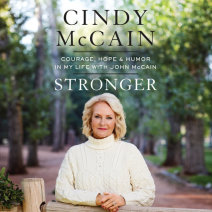