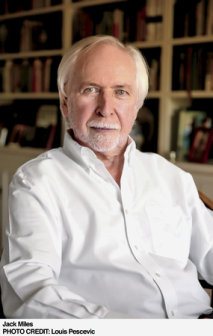 Jack Miles
JACK MILES pursued religious studies at Pontifical Gregorian University, Rome, and the Hebrew University, Jerusalem, and holds a doctorate in Near Eastern languages from Harvard University. In 2002 he was named a MacArthur Fellow, and he currently serves as Distinguished Professor Emeritus of English and Religious Studies at the University of California, Irvine, and Senior Fellow for Religion and International Affairs with the Pacific Council on International Policy. In the 2018-2019 academic year, he will serve as Corcoran Visiting Professor of Christian and Jewish Learning at Boston College. His book God: A Biography won a Pulitzer Prize. He served as editor for the Los Angeles Times Book Review and was a member of that newspaper's editorial board. His writing has appeared in The Atlantic, The New York Times, The Washington Post, and The Boston Globe, among many other publications. He lives in southern California and Boston.
Read More +
3 results   page 1 of 1   view sort by 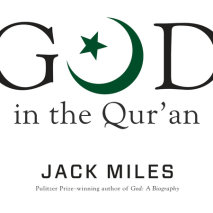 audio
God in the Qur'an
Author: Jack Miles | Narrator: Peter Altschuler
Release Date: November 13, 2018
Who is Allah? What does He ask of those who submit to His teachings? Pulitzer Prize-winner Jacke Miles gives us a deeply probing, revelatory portrait of the world’s second largest, fastest-growing and perhaps most tragically misunderstood relig...
ABOUT THIS AUDIOBOOK
$20
ISBN: 9780525642862
Unabridged Download 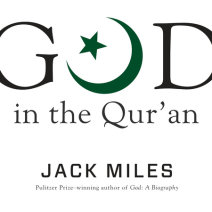 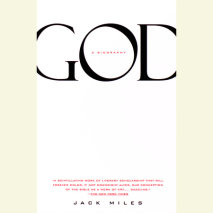 audio
God
Author: Jack Miles | Narrator: Michael Prichard
Release Date: February 01, 2011
What sort of "person" is God? Is it possible to approach him not as an object of religious reverence, but as the protagonist of the world's greatest book--as a character who possesses all the depths, contradictions, and abiguities of a Hamlet? In thi...
ABOUT THIS AUDIOBOOK
$30
ISBN: 9780307938800
Unabridged Download 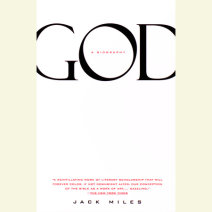 Christ
Author: Jack Miles | Narrator: Grover Gardner
Release Date: November 09, 2001
With the same passionate scholarship and analytical audacity he brought to the character of God, Jack Miles now approaches the literary and theological enigma of Jesus. In so doing, he tells the story of a broken promise–God’s ancient co...
ABOUT THIS AUDIOBOOK
$20
ISBN: 9781415911624
Unabridged Download