Tom Jones was born Thomas Jones Woodward in South Wales to a traditional coal-mining family. He began singing at an early age and landed is first record contract in 1964, winning a Grammy in 1965 for "It's Not Unusual." Knighted by Queen Elizabeth in 2006 for his services to music, his recordings have spanned the spectrum of musical styles over 60 years. He lives with his wife of 58 years, Melinda, in Wales and California. They have one son. 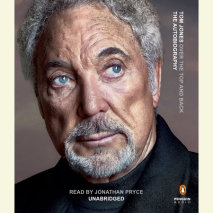 audio
Over the Top and Back
Author: Sir Tom Jones | Narrator: Jonathan Pryce
Release Date: November 24, 2015
The long-awaited autobiography of legendary singer Tom Jones, following six decades of unparalleled experiences in the spotlight to coincide with his 75th birthday.Across six decades, Sir Tom Jones has maintained a vital career in a risky, unstable b...
ABOUT THIS AUDIOBOOK
$22.50
ISBN: 9780147522092
Unabridged Download 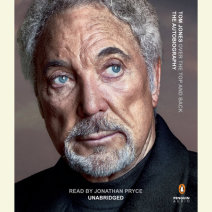