Urban Meyer is the head football coach of the Ohio State Buckeyes. In 2014, he led the Buckeyes to their first Big Ten Conference title under his tenure as well as the program's eighth national championship. Meyer served as the head coach of the Bowling Green Falcons from 2001 to 2002, the Utah Utes from 2003 to 2004, and the Florida Gators from 2005 to 2010. He is one of only two coaches to win a National Championship at two different schools. 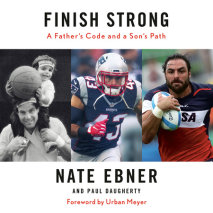 audio
Finish Strong
Author: Paul Daugherty and Nate Ebner | Narrator: Stephen Graybill
Release Date: May 11, 2021
The inspiring story of Nate Ebner's bond with his unconventional father and its remarkable consequencesNate Ebner and his father were inseparable. From an early age, they worked side-by-side in the family junkyard, where part of the job was dispensin...
ABOUT THIS AUDIOBOOK
$17.50
ISBN: 9780593397305
Unabridged Download 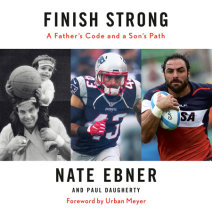 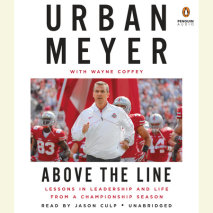 audio
Above the Line
Author: Wayne Coffey and Urban Meyer | Narrator: Jason Culp
Release Date: October 27, 2015
The instant New York Times bestsellerRemarkable lessons in leadership and team building from one of the greatest football coaches of our time.Urban Meyer has established himself as one of the elite in the annals of his sport, having lead hi...
ABOUT THIS AUDIOBOOK
$17.50
ISBN: 9780147523969
5 Unabridged CDsUnabridged Download 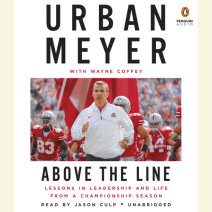