AMIT MAJMUDAR is a diagnostic nuclear radiologist who lives in Westerville, Ohio, with his wife and three children. He is the author of four volumes of poetry, most recently What He Did in Solitary. His first collection, 0°, 0°, was a finalist for the Poetry Society of America's Norma Farber First Book Award; his second, Heaven and Earth, was selected for the 2011 Donald Justice Prize. His work has appeared in The New York Times, The New Yorker, Best of the Best American Poetry, and many other places, including the eleventh edition of The Norton Introduction to Literature. He blogs for The Kenyon Review and is also a critically acclaimed novelist. 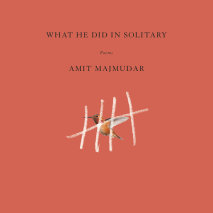 audio
What He Did in Solitary
Author: Amit Majmudar | Narrator: Amit Majmudar
Release Date: June 08, 2021
The prize-winning poet reflects on what sustains us in a sundered world.With his dazzling ability to set words spinning, Amit Majmudar brings us poems that sharpen both wit and knives as he examines our "life in solitary." Equally engaged with human ...
ABOUT THIS AUDIOBOOK
$15
ISBN: 9780593414972
Unabridged Download 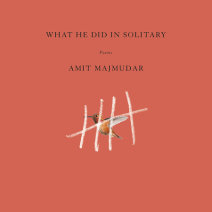