Sharon Solwitz is the author of a novel, Bloody Mary, and a collection of short stories, Blood and Milk, which won the Carl Sandburg Literary Award from Friends of the Chicago Public Library and the prize for adult fiction from the Society of Midland Authors, and was a finalist for the National Jewish Book Award. Several of her stories have been featured in Pushcart Prize anthologies and Best American Short Stories. Other honors for her individual stories, which have appeared in such magazines as TriQuarterly, Mademoiselle, and Ploughshares, include the Katherine Anne Porter Prize, the Nelson Algren Literary Award, and grants and fellowships from the Illinois Arts Council. Solwitz teaches fiction writing at Purdue University and lives in Chicago with her husband, the poet Barry Silesky. 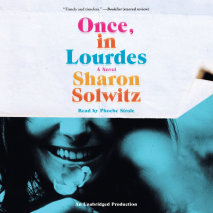 audio
Once, in Lourdes
Author: Sharon Solwitz | Narrator: Phoebe Strole
Release Date: May 30, 2017
In the turbulent summer of 1968, four high school friends make a pact that will change their lives forever. As the Vietnam War rages overseas, four friends make a vow. For the next two weeks, they will live for each other and for each day. Then, at t...
ABOUT THIS AUDIOBOOK
$20
ISBN: 9780451482938
Unabridged Download 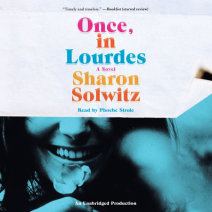