home
x
Subscribe
Edmund Morris
Edmund Morris was born and educated in Kenya and attended college in South Africa. He worked as an advertising copywriter in London before immigrating to the United States in 1968. His first book, The Rise of Theodore Roosevelt, won the Pulitzer Prize and the National Book Award in 1980. Its sequel, Theodore Rex, won the Los Angeles Times Book Prize for Biography in 2001. In between these two books, Morris became President Reagan’s authorized biographer and wrote the national bestseller Dutch: A Memoir of Ronald Reagan. He then completed his trilogy on the life of the twenty-sixth president with Colonel Roosevelt, also a bestseller, and has published Beethoven: The Universal Composer and This Living Hand and Other Essays. Edison is his final work of biography. He was married to fellow biographer Sylvia Jukes Morris for fifty-two years. Edmund Morris died in 2019.
Read More +
6 results   page 1 of 1   view sort by 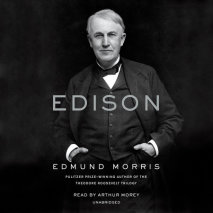 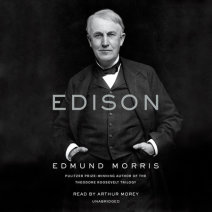 audio
This Living Hand
Author: Edmund Morris | Narrator: Edmund Morris
Release Date: October 23, 2012
When the multitalented biographer Edmund Morris (who writes with equal virtuosity about Theodore Roosevelt, Ronald Reagan, Beethoven, and Thomas Edison) was a schoolboy in colonial Kenya, one of his teachers told him, “You have the most preciou...
ABOUT THIS AUDIOBOOK
$27.50
ISBN: 9780449011867
Unabridged Download 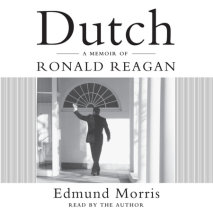 audio
Dutch
Author: Edmund Morris | Narrator: Edmund Morris
Release Date: January 24, 2012
This book, the only biography ever authorized by a sitting President--yet written with complete interpretive freedom--is as revolutionary in method as it is formidable in scholarship. When Ronald Reagan moved into the White House in 1981, one of his ...
ABOUT THIS AUDIOBOOK
$20
ISBN: 9780307943637
Abridged Download 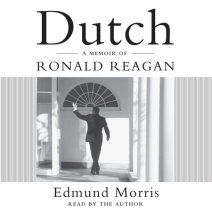 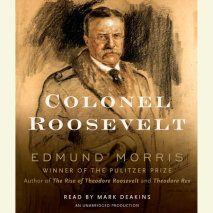 audio
Colonel Roosevelt
Author: Edmund Morris | Narrator: Mark Deakins
Release Date: November 23, 2010
Of all our great presidents, Theodore Roosevelt is the only one whose greatness increased out of office. When he toured Europe in 1910 as plain “Colonel Roosevelt,” he was hailed as the most famous man in the world. Crowned heads vied to ...
ABOUT THIS AUDIOBOOK
$32.50
ISBN: 9780307750426
Unabridged Download 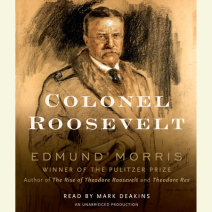 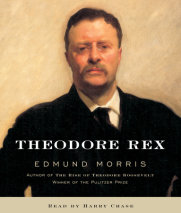 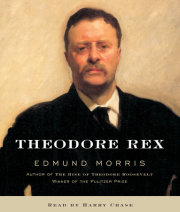 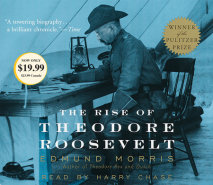 audio
The Rise of Theodore Roosevelt
Author: Edmund Morris | Narrator: Harry Chase
Release Date: July 06, 2010
Selected by the Modern Library as one of the 100 best nonfiction books of all timeDescribed by the Chicago Tribune as "a classic," The Rise of Theodore Roosevelt stands as one of the greatest biographies of our time. The publication of The Rise of ...
ABOUT THIS AUDIOBOOK
$22.50
ISBN: 9780307750501
8 Abridged CDsUnabridged DownloadAbridged Download 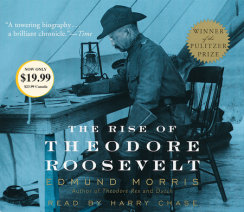