Fernando Cervantes is a professor of early modern studies at the University of Bristol, specializing in the intellectual and religious history of early modern Spain and Spanish America. His previous books include The Devil in the New World; Spiritual Encounters; and Angels, Demons and the New World. Dr. Cervantes has held positions and fellowships at the University of London; UC Santa Barbara; Princeton University; UCLA; and the Liguria Study Centre for the Arts and the Humanities in Bogliasco, Italy. He was also the editor for Routledge's Religious Cultures in the Early Modern World series. 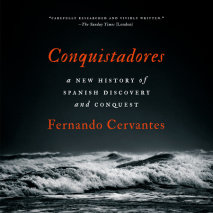 audio
Conquistadores
Author: Fernando Cervantes | Narrator: Luis Soto
Release Date: September 14, 2021
A sweeping, authoritative history of 16th-century Spain and its legendary conquistadors, whose ambitious and morally contradictory campaigns propelled a small European kingdom to become one of the formidable empires in the world   “The de...
ABOUT THIS AUDIOBOOK
$25
ISBN: 9780593289099
Unabridged Download 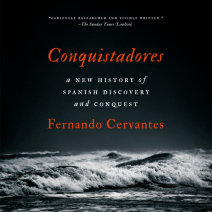