Stephanie Rosenbloom is the staff columnist for the Travel section of The New York Times, where she has been a reporter for various desks (including Styles, Business, and Real Estate) for more than a decade. She has appeared on CNN's American Morning, NBC's The Today Show, and NPR's The Takeaway. 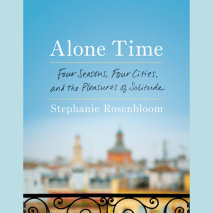 audio
Alone Time
Author: Stephanie Rosenbloom | Narrator: Stephanie Rosenbloom
Release Date: June 05, 2018
"In Paris (or anywhere else, really) a table for one can be a most delightful place." --Alone Time, as seen in The New York TimesA wise, passionate account of the pleasures of traveling soloIn our increasingly frantic daily lives, many people are gen...
ABOUT THIS AUDIOBOOK
$17.50
ISBN: 9780525630692
Unabridged Download 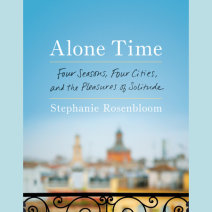