JAKOB WEGELIUS is a Swedish writer and illustrator who lives and works in the small village of Mörtfors. In Sweden, he was awarded the August Prize for Best Children’s Book and the Nordic Council Children and Young People’s Literature Prize for The Murderer’s Ape, which is also an International Youth Library White Raven selection. Visit Jakob at jakobwegelius.com.

About the Translator:
PETER GRAVES is a translator from the Scandinavian languages and has received many Swedish Academy prizes for his translations. 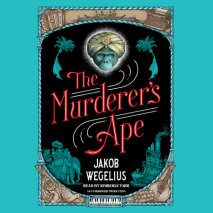 audio
The Murderer's Ape
Author: Jakob Wegelius | Narrator: Kimberly Farr
Release Date: January 24, 2017
"This may be the most charming book I’ve read all year." --The New York Times   "I don’t know when I last read a book with such pure and unalloyed pleasure." –Philip Pullman, internationally bestselling author of the Hi...
ABOUT THIS AUDIOBOOK
$27.50
ISBN: 9781524722579
Unabridged Download 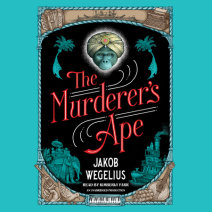