Joe Tone was most recently the editor of the award-winning Dallas Observer. He has written extensively about sports, crime, and immigration, among other topics, and has been honored for his investigative reporting, sportswriting, and narrative storytelling. His work has appeared in The Washington Post, The Village Voice, LA Weekly, and elsewhere. Tone holds a master’s degree from the Medill School of Journalism at Northwestern University. He was born and raised in Northern California, and now lives in the Washington, D.C., area with his wife and two sons. This is his first book. 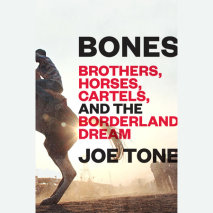 audio
Bones
Author: Joe Tone | Narrator: Ray Porter
Release Date: August 08, 2017
The dramatic true story of two brothers living parallel lives on either side of the U.S.-Mexico border—and how their lives converged in a major criminal conspiracy José and Miguel Treviño were bonded by blood and a shared vision o...
ABOUT THIS AUDIOBOOK
$20
ISBN: 9780525494966
Unabridged Download 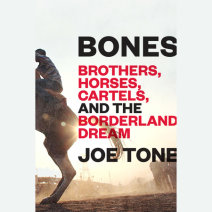