ROSS WELFORD worked as a business journalist before becoming a freelance writer and television producer. He is the author of TIME TRAVELING WITH A HAMSTER, called "smart, engaging, and heartwarming" in a starred review by Booklist and named both a New York Public Library and Bank Street College of Education Best Children's Book of the year, as well as WHAT NOT TO DO IF YOU TURN INVISIBLE and THE 1000-YEAR-OLD BOY. Follow him on Twitter at @rosswelford. 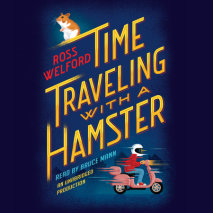 audio
Time Traveling With a Hamster
Author: Ross Welford | Narrator: Bruce Mann
Release Date: October 04, 2016
Back to the Future meets The Curious Incident of the Dog in the Night-Time in this original, poignant, race-against-time story about a boy who travels back to 1984 to save his father’s life.   My dad died twice. Once when he was thirty-nin...
ABOUT THIS AUDIOBOOK
$23
ISBN: 9780735287174
Unabridged Download 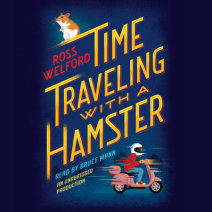