home
x
Subscribe
Mariam Gates
Mariam Gates has a master's degree in education from Harvard University and has been teaching children for more than twenty years. The founder of Kid Power Yoga, she now devotes herself to training children and adults in yoga and mindfulness. She is the author of the picture books Meditate with Me, Good Night Yoga, and Good Morning Yoga. She lives with her husband, Rolf Gates, and their two children in Santa Cruz, California.

Libby VanderPloeg is an illustrator and designer living in Greenpoint, Brooklyn. She grew up in Grand Haven, Michigan, on the edge of the Great Lakes, and since then, she has lived in Grand Rapids, Chicago, New York, and Stockholm. She's created book covers and editorial illustrations for the New York Times, the Wall Street Journal, and Design*Sponge, among others, and as well as a line of cards and prints that she sells via her Etsy shop and in stores.
Read More +
1 results   page 1 of 1   view sort by 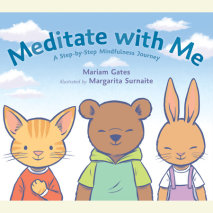 audio
Meditate with Me
Author: Mariam Gates | Narrator: Mariam Gates
Release Date: August 29, 2017
This accessible and fun guide to meditation and mindfulness is the perfect introduction for young children. Meditation does a body good, and can even help kids as young as four or five. This practical guide is gentle, clear, and a pleasure to use. Ki...
ABOUT THIS AUDIOBOOK
$5
ISBN: 9780525495161
Unabridged Download 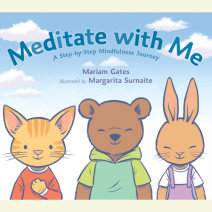