Christopher Edge is an award-winning children’s author whose books have been translated into more than twenty languages. His novel The Infinite Lives of Maisie Day won the STEAM Children’s Book Prize and his last four novels were all nominated for the prestigious CILIP Carnegie Medal. Before becoming a writer, he worked as an English teacher, editor and publisher – any job that let him keep a book close to hand – and he now lives in Gloucestershire with his wife and family, close to his local library. Visit Christopher online at christopheredge.co.uk and on Facebook and follow him on Twitter. 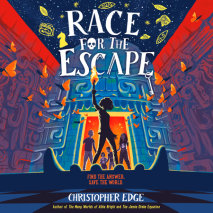 Race for the Escape
Author: Christopher Edge | Narrator: Tashi Thomas
Release Date: July 05, 2022
Five kids. One ultimate escape room. Can they solve it--or will they die trying? From the award-winning author of The Many World of Albie Bright comes a brand-new adventure that will having you racing to finish. When Ami Oswald arrives at The Es...
ABOUT THIS AUDIOBOOK
$18
ISBN: 9780593584064
Unabridged Download 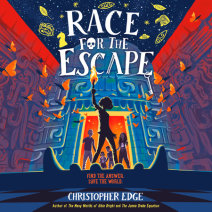