Priya Satia is a Professor of History at Stanford University. She is the author of Spies in Arabia: The Great War and the Cultural Foundations of Britain's Covert Empire in the Middle East, and her writing has appeared in Slate, the Financial Times, The Nation, and the Huffington Post, among other publications. She received a MSc in Development Studies (Economics) at the London School of Economics and a PhD in History at the University of California, Berkeley. She lives in Stanford, California with her family. 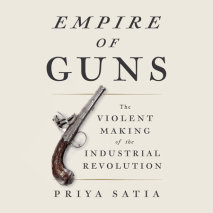 audio
Empire of Guns
Author: Priya Satia | Narrator: Kirsten Potter and Priya Satia
Release Date: April 10, 2018
NAMED ONE OF THE BEST BOOKS OF 2018 BY THE SAN FRANCISCO CHRONICLE AND SMITHSONIAN MAGAZINEBy a prize-winning young historian, an authoritative work that reframes the Industrial Revolution, the expansion of British empire, and emergence of industrial...
ABOUT THIS AUDIOBOOK
$25
ISBN: 9780525530114
Unabridged Download 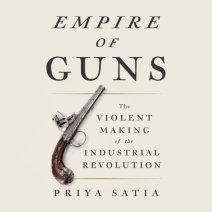