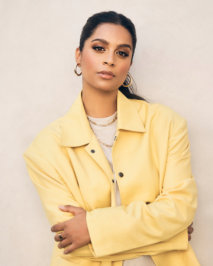 Lilly Singh
LILLY SINGH (aka ||Superwoman||) is a multifaceted entertainer. She has found worldwide fame through her comedic and inspirational YouTube videos, amassing more than ten million subscribers. She has appeared in the feature films Ice Age: Collision Course and Bad Moms, and in 2016 she starred in and produced her own feature-length film, A Trip to Unicorn Island. As a role model for women and girls around the globe, Singh created her #GirlLove initiative to break the cycle of girl-on-girl hate and fight for gender equality.

Singh was named to Forbes’s 2016 30 Under 30: Hollywood & Entertainment and Fast Company’s Most Creative People in Business 2016 lists. She has appeared on The Tonight Show Starring Jimmy Fallon and has been featured in Entertainment Weekly, People, Elle Canada, Seventeen, Vogue India, The Wall Street Journal, and The New York Times, among others. A successful entrepreneur, Singh released her own signature lipstick, called Bawse, with Smashbox and has also partnered with Coca-Cola.
Read More +
1 results   page 1 of 1   view sort by 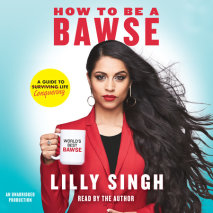 audio
How to Be a Bawse
Author: Lilly Singh | Narrator: Lilly Singh
Release Date: March 28, 2017
#1 NEW YORK TIMES BESTSELLER • From the People’s Choice Award winner for Favorite YouTube Star and host of NBC’s A Little Late with Lilly Singh comes the definitive guide to being a bawse: a pe...
ABOUT THIS AUDIOBOOK
$15
ISBN: 9781524773915
Unabridged Download 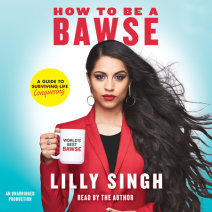