Charlotte Collins studied English Literature at Cambridge University and worked in Germany as an actor and radio journalist before becoming a literary translator. In 2017 she was awarded the Goethe-Institut’s Helen and Kurt Wolff Translator's Prize for her translation of Robert Seethaler's A Whole Life. She has also translated Seethaler's The Tobacconist, as well as novels by Nino Haratischwili, Frank Schätzing and Walter Kempowski. 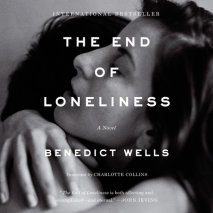 audio
The End of Loneliness
Author: Charlotte Collins and Benedict Wells | Narrator: Will Damron
Release Date: January 29, 2019
From internationally bestselling author Benedict Wells, a sweeping novel of love and loss, and of the lives we never get to live “[D]azzling storytelling...The End of Loneliness is both affecting and accomplished -- and eternal.”&mda...
ABOUT THIS AUDIOBOOK
$17.50
ISBN: 9781984847027
Unabridged Download 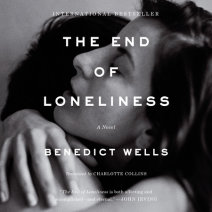 audio
A Whole Life
Author: Robert Seethaler and Charlotte Collins | Narrator: Mark Bramhall
Release Date: September 13, 2016
An international bestseller that recalls the quiet power of John Williams's Stoner and Marilynne Robinson's LilaAndreas Egger knows every path and peak of his mountain valley, the source of his sustenance, his livelihood--his home.Set ...
ABOUT THIS AUDIOBOOK
$10
ISBN: 9781524734213
Unabridged Download