Robert J. Wagner is an American actor. He has appeared on numerous television shows, including NCIS and Two and a Half Men, and on film in such movies as Austin Powers, A Kiss Before Dying, and The Pink Panther, among many others. His autobiography, Pieces of My Heart, cowritten with Scott Eyman, was published in 2008. 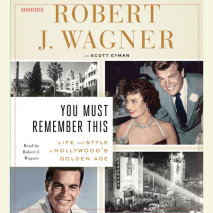 You Must Remember This
Author: Scott Eyman and Robert J. Wagner | Narrator: Robert J. Wagner
Release Date: March 11, 2014
A New York Times bestseller and a “charming tribute” (Kirkus) to Hollywood’s most beloved era Film and television star Robert Wagner has been delighting audiences for more than sixty years, and his many fans flocked to bookstor...
ABOUT THIS AUDIOBOOK
$15
ISBN: 9780698150034
Unabridged Download 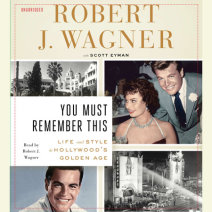