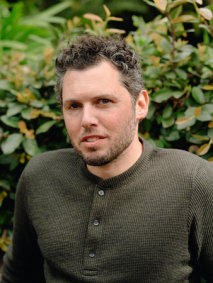 Gal Beckerman is the senior editor for books at The Atlantic. Formerly an editor at The New York Times Book Review, he is the author of the widely acclaimed When They Come for Us, We’ll Be Gone, which won the National Jewish Book Award and the Sami Rohr Prize and was named a best book of the year by The New Yorker and The Washington Post. He has a PhD in media studies from Columbia University and writes for many publications, including The New Republic and The Wall Street Journal. He lives in Brooklyn with his wife and their two daughters. 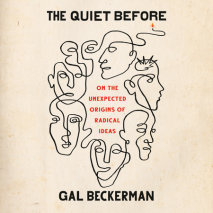 audio
The Quiet Before
Author: Gal Beckerman | Narrator: Feodor Chin
Release Date: February 15, 2022
NEW YORK TIMES EDITORS’ CHOICE • An “elegantly argued and exuberantly narrated” (The New York Times Book Review) look at the building of social movements—from the 1600s to the present—and how current technology is u...
ABOUT THIS AUDIOBOOK
$20
ISBN: 9780593506035
Unabridged Download 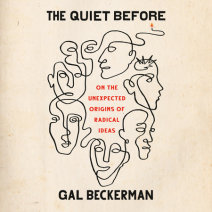