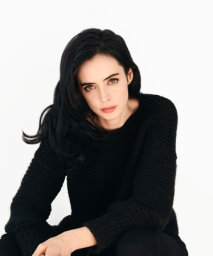 KRYSTEN RITTER is well-known for her starring roles in the award-winning Netflix original series Marvel’s Jessica Jones and cult favorite Don’t Trust the B---- in Apartment 23, as well as her pivotal role on AMC’s Breaking Bad. Ritter’s work on film includes Big Eyes, Listen Up Philip, Life Happens, Confessions of a Shopaholic, and She’s Out of My League. She is the founder of Silent Machine, a production company that aims to highlight complex female protagonists. Ritter and her dog, Mikey, split their time between New York and Los Angeles. 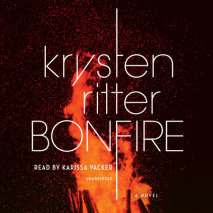 audio
Bonfire
Author: Krysten Ritter | Narrator: Karissa Vacker
Release Date: November 07, 2017
“A phenomenal, haunting debut.”—Gillian Flynn   Nothing burns as bright as the truth.It has been ten years since Abby Williams left home and scrubbed away all visible evidence of her small-town roots. Now working as an environm...
ABOUT THIS AUDIOBOOK
$20
ISBN: 9781524778972
Unabridged Download 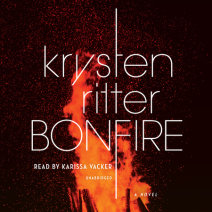