Margaret Mincks grew up the second oldest of eight kids. When she wasn't swimming, acting, making up slightly disturbing songs, or filming B-movie parodies with siblings and friends, she was writing stories. After graduating from the University of Virginia, she moved to Chicago to perform improv comedy with the iO Theater. She later worked at Spider, a literary magazine for six- to nine-year-olds, as an editor. She now lives in Florida with her family. 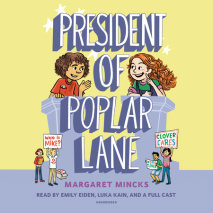 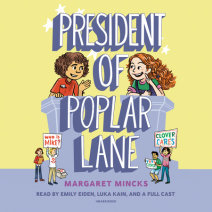 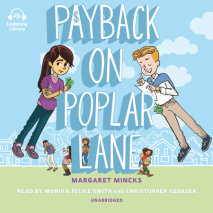 audio
Payback on Poplar Lane
Author: Margaret Mincks | Narrator: Monika Felice Smith and Christopher Gebauer
Release Date: January 30, 2018
"This is the funniest book I've read in years."--Chris Grabenstein, #1 New York Times bestselling author of the Mr. Lemoncello seriesWays to Run (Ruin) a Successful Business:1. Hire your neighbor as an (unpaid) intern.2. Make them do all the work.3. ...
ABOUT THIS AUDIOBOOK
$18
ISBN: 9780525531500
Unabridged Download 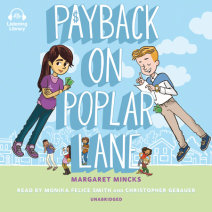