Jason Lloyd is a lifelong resident of Northeast Ohio. He has covered the World Series, the NCAA Tournament, the BCS National Championship Game, and the NBA Finals; and he has won several state and national awards for his work covering the Ohio State Buckeyes and the Cleveland Cavaliers. He has also worked for ESPN.com, Lindy’s Sports, Cleveland Magazine, and CBSSports.com. He and his wife, Alessia, live in Avon Lake, Ohio, with their three children. 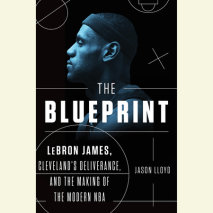 audio
The Blueprint
Author: Jason Lloyd | Narrator: James Patrick Cronin
Release Date: October 24, 2017
An unputdownable, must-have sports book for every LeBron James, Cleveland Cavaliers, and NBA fan.June 19, 2016: the greatest moment in Cleveland sports history, when the Cleveland Cavaliers won the NBA Finals and broke the Cleveland Curse. It was the...
ABOUT THIS AUDIOBOOK
$20
ISBN: 9780525499695
Unabridged Download 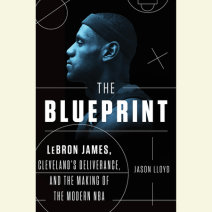