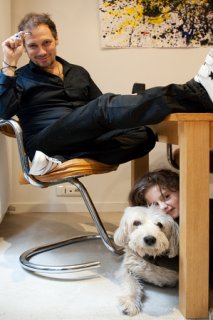 John von Sothen is an American columnist living in Paris, where he covers entertainment and society issues for French Vanity Fair. Von Sothen has written for both the American and French GQ, Slate, Technikart, Libération, and The New York Observer; he has written for TV at Canal+ and MTV; and he is now penning a column for the political site Mediapart. Von Sothen often does voice-overs in English for French perfumes and luxury brands, occasionally performs stand-up comedy at The New York Comedy Night in the SoGymnase Comedy Club in Paris (in French and English), and is a routine guest on the French radio station Europe 1 discussing all things US related. 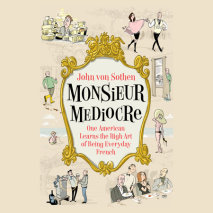 audio
Monsieur Mediocre
Author: John von Sothen | Narrator: John von Sothen
Release Date: May 07, 2019
A hilarious, candid account of what life in France is actually like, from a writer for Vanity Fair and GQAmericans love to love Paris. We buy books about how the French parent, why French women don't get fat, and how to be Parisian wherever you are. ...
ABOUT THIS AUDIOBOOK
$17.50
ISBN: 9781984843081
Unabridged Download 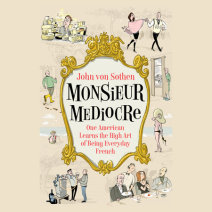