Parker Posey is well known for her work with many independent filmmakers of her generation, including Richard Linklater, Hal Hartley, Zoe Cassavettes, and Rebecca Miller. Following her breakout role in the cult hit Dazed and Confused, she starred in Christopher Guest’s classic mockumentaries and appeared in such Hollywood films as You've Got Mail, Superman Returns, Josie and the Pussycats, Scream 3, and Blade Trinity. Posey currently plays Dr. Smith in Netflix’s remake of Lost in Space. 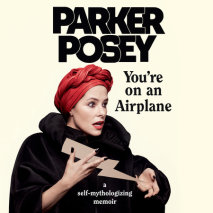 audio
You're on an Airplane
Author: Parker Posey | Narrator: Parker Posey
Release Date: July 24, 2018
A National BestsellerHave you ever wondered what it would be like talk to Parker Posey? On an airplane, with Parker as your seat companion, perhaps? Parker’s irreverent, hilarious, and enchanting memoir gives you the opportunity. Full of person...
ABOUT THIS AUDIOBOOK
$20
ISBN: 9780525498957
Unabridged Download 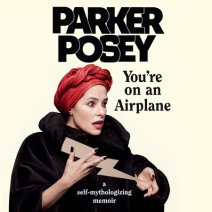