JOSHUA GREEN is a national correspondent for Bloomberg Businessweek and a CNN political analyst. Previously, Green was a senior editor of the Atlantic, a weekly political columnist for the Boston Globe, and an editor at the Washington Monthly. He has also written for the New Yorker, Esquire, Vanity Fair, and other publications. Green regularly appears on CNN's shows, HBO's Real Time with Bill Maher, and PBS's Washington Week and Frontline. 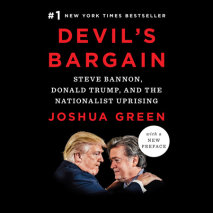 audio
Devil's Bargain
Author: Joshua Green | Narrator: Fred Sanders
Release Date: July 18, 2017
The instant #1 New York Times bestseller.From the reporter who was there at the very beginning comes the revealing inside story of the partnership between Steve Bannon and Donald Trump—the key to understanding the rise of the alt-right, the fal...
ABOUT THIS AUDIOBOOK
$17.50
ISBN: 9780525589303
Unabridged Download 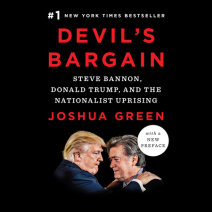