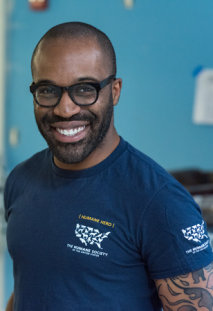 Tochi Onyebuchi holds a B.A. from Yale, an MFA in Screenwriting from Tisch, a Masters degree in Global Economic Law from L'institut d'études politiques, and a J.D. from Columbia Law School. His writing has appeared in Asimov's and Ideomancer, among other places. Tochi resides in Connecticut where he works in the tech industry and is currently writing the epic sequel to Beasts Made of Night. 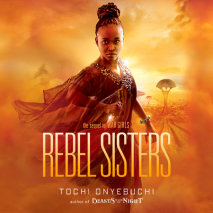 audio
Rebel Sisters
Author: Tochi Onyebuchi | Narrator: Nkeki Obi-Melekwe
Release Date: November 17, 2020
In the epic, action-packed sequel to the "brilliant" (Booklist, starred review) novel War Girls, the battles are over, but the fight for justice has just begun.It's been five years since the Biafran War ended. Ify is now nineteen and living where she...
ABOUT THIS AUDIOBOOK
$27.50
ISBN: 9780593288306
Unabridged Download 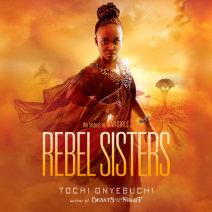 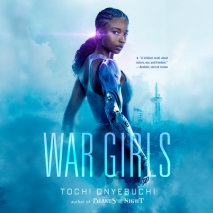 audio
War Girls
Author: Tochi Onyebuchi | Narrator: Adepero Oduye
Release Date: October 15, 2019
Two sisters are torn apart by war and must fight their way back to each other in a futuristic, Black Panther-inspired Nigeria.The year is 2172. Climate change and nuclear disasters have rendered much of earth unlivable. Only the lucky ones have escap...
ABOUT THIS AUDIOBOOK
$27.50
ISBN: 9780593106112
Unabridged Download 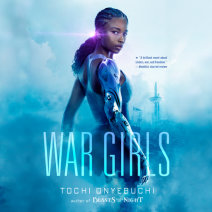 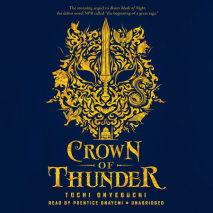 audio
Crown of Thunder
Author: Tochi Onyebuchi | Narrator: Prentice Onayemi
Release Date: October 16, 2018
In the sequel to the acclaimed Beasts Made of Night, Taj has escaped Kos, but Queen Karima will go to any means necessary--including using the most deadly magic--to track him down.Taj is headed west, but the consequences of leaving Kos behind confron...
ABOUT THIS AUDIOBOOK
$25
ISBN: 9780525638346
Unabridged Download 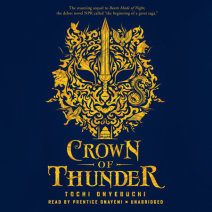 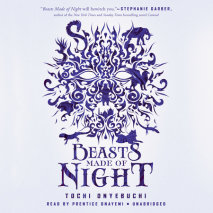 audio
Beasts Made of Night
Author: Tochi Onyebuchi | Narrator: Prentice Onayemi
Release Date: October 31, 2017
"...The beginning of a great saga..." —NPR.org"This compelling Nigerian-influenced fantasy has a wonderfully unique premise and lush, brilliant worldbuilding that will consume you until the last page."—Buzzfeed"...Unforgettable in its dar...
ABOUT THIS AUDIOBOOK
$25
ISBN: 9780525524908
Unabridged Download 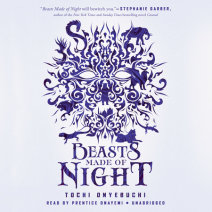