Catherine Steadman is an actress and author based in North London, UK. Her debut novel, Something in the Water, has become a New York Times bestseller published in thirty countries with film rights optioned by Reese Witherspoon's production company Hello Sunshine. As an actress, she has appeared in leading roles on British and American television as well as on stage in the West End, where she was nominated for a Laurence Olivier Award. She grew up in New Forest, UK, and lives with a small dog and a fairly tall man. This is her third novel, after Mr. Nobody. 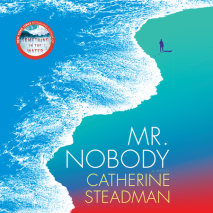 audio
Mr. Nobody
Author: Catherine Steadman | Narrator: Catherine Steadman
Release Date: January 07, 2020
He wants to remember. She needs to forget. . . . Memento meets Sharp Objects in a gripping psychological thriller from the New York Times bestselling author of Something in the Water. Who is Mr. Nobody? When a man i...
ABOUT THIS AUDIOBOOK
$20
ISBN: 9781984890238
Unabridged Download 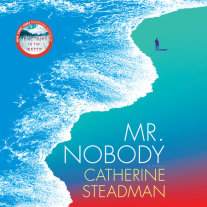 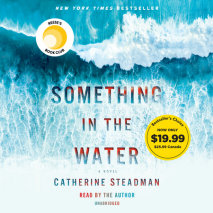 Something in the Water
Author: Catherine Steadman | Narrator: Catherine Steadman
Release Date: May 07, 2019
#1 NEW YORK TIMES BESTSELLER • A shocking discovery on a honeymoon in paradise changes the lives of a picture-perfect couple in this taut psychological thriller debut—for readers of Ruth Ware, Paula Hawkins, and Shari Lapena.&ldq...
ABOUT THIS AUDIOBOOK
$20
ISBN: 9780525593591
10 Unabridged CDsUnabridged Download 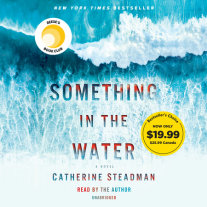