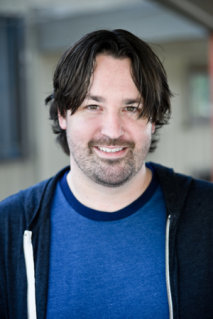 M. A. Larson is a film and television writer who lives with his wife, daughter, and two dogs in a canyon in California. Larson has written for Cartoon Network, Disney Channel, Disney XD, Disney UK, Discovery Kids Channel, The Hub, and Nickelodeon. As a writer on the cult sensation My Little Pony: Friendship Is Magic, he has been a guest at "brony" fan conventions from Paris, France, to Dallas, Texas. Pennyroyal Academy is his first novel. 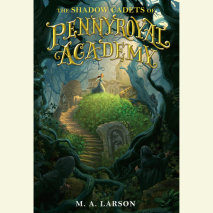 audio
The Shadow Cadets of Pennyroyal Academy
Author: M. A. Larson | Narrator: Susan Duerden
Release Date: June 14, 2016
Perfect for fans of The School for Good and Evil comes the eagerly anticipated follow-up to M. A. Larson's Pennyroyal Academy, hailed by the New York Times as a "breathtakingly exciting novel" with a heroine who "deserves a special place in a new pan...
ABOUT THIS AUDIOBOOK
$25
ISBN: 9780451485854
Unabridged Download 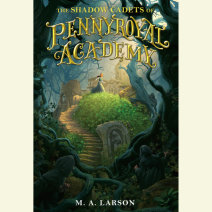 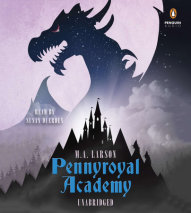 audio
Pennyroyal Academy
Author: M. A. Larson | Narrator: Susan Duerden
Release Date: October 07, 2014
Pennyroyal Academy: Seeking bold, courageous youths to become tomorrow's princesses and knights….Come one, come all!A girl from the forest arrives in a bustling kingdom with no name and no idea why she is there, only to find herself at the cent...
ABOUT THIS AUDIOBOOK
$25
ISBN: 9780698175907
Unabridged Download 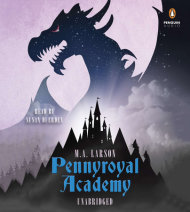