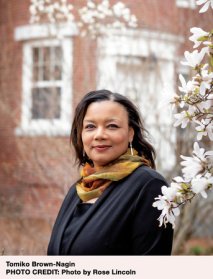 TOMIKO BROWN-NAGIN is Dean of Harvard's Radcliffe Institute for Advanced Study, the Daniel P.S. Paul Professor of Constitutional Law at Harvard Law School, and Professor of History at Harvard University's Faculty of Arts and Sciences. In 2019, she was appointed chair of the Presidential Committee on Harvard and the Legacy of Slavery. She is a member of the American Academy of Arts and Sciences, of the American Philosophical Society, and of the American Law Institute, and a distinguished lecturer for the Organization of American Historians. Her previous book, Courage to Dissent won the Bancroft Prize in 2011. She frequently appears as a commentator in media. She lives in Boston with her family. 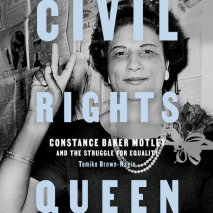 audio
Civil Rights Queen
Author: Tomiko Brown-Nagin | Narrator: Karen Chilton
Release Date: January 25, 2022
With the US Supreme Court confirmation of Ketanji Brown Jackson, “it makes sense to revisit the life and work of another Black woman who profoundly shaped the law: Constance Baker Motley” (CNN). The first major biography of one of our mos...
ABOUT THIS AUDIOBOOK
$25
ISBN: 9780593456224
Unabridged Download 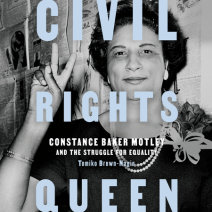