Nathan Latka is the principal of Latka Capital; executive producer and host of The Top Entrepreneurs podcast; and CEO at two companies he's recently purchased. He is also the star of the hit reality show Latka's Money (more than one million viewers tune in every episode) and CNBC's Million Dollar Roadtrip. He is the founder of the software company Heyo. This is his first book (and we had to pay him a lot to reveal it all!). 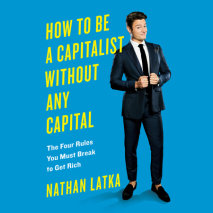 audio
How to Be a Capitalist Without Any Capital
Author: Nathan Latka | Narrator: Nathan Latka
Release Date: March 05, 2019
Instant Wall Street Journal Bestseller!You don't need to be Ivy League educated, have money, be creative, or even have an idea to get rich. You just need to be willing to break the rules.At nineteen, I founded a software company with $119 in my bank ...
ABOUT THIS AUDIOBOOK
$17.50
ISBN: 9781984842022
Unabridged Download 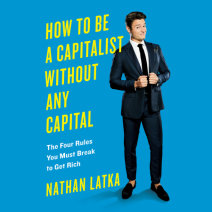