MELISSA SCRIVNER LOVE is the Edgar Award-nominated author of Lola. She was born to a police officer father and a court stenographer mother. After earning a master's degree in English literature from New York University, Melissa moved to Los Angeles, where she has lived for over a decade. During that time, she has written for several television shows, among them Life, CSI: Miami, Person of Interest, and Fear the Walking Dead. She and her husband live in Los Angeles with their children. 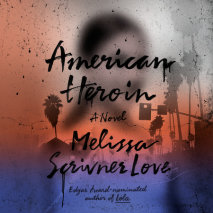 audio
American Heroin
Author: Melissa Scrivner Love | Narrator: Roxana Ortega
Release Date: February 19, 2019
The unforgettable protagonist of Lola returns in a gritty, high-octane thriller about a brilliant woman who will stop at nothing to protect her growing drug empire, even if she has to go to war with a rival cartel...or her own familyIt took sacrifice...
ABOUT THIS AUDIOBOOK
$22.50
ISBN: 9781984844910
Unabridged Download 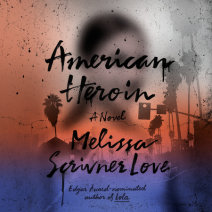