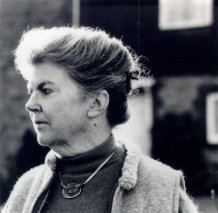 Joan Aiken was born in Sussex, England, to American poet Conrad Aiken and his Canadian wife, Jessie McDonald Aiken. She wrote more than 100 books for young readers and adults. Perhaps her best-known books for children are the Wolves Chronicles, which began with the now classic The Wolves of Willoughby Chase, for which she won the Lewis Carroll Award. Her novels are internationally acclaimed and, among other honors, she was a recipient of the Edgar Allan Poe Award in the United States and the Guardian Award in her native England. Joan Aiken was awarded the title Member of the British Empire by Queen Elizabeth II in 1999. 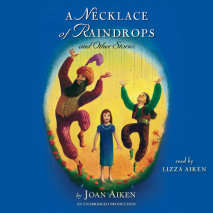 audio
A Necklace of Raindrops
Author: Joan Aiken | Narrator: Lizza Aiken
Release Date: January 05, 2016
Here are eight gloriously imaginative stories for eight satisfying sessions of bedtime reading. There’s a flying apple pie, a cat that’s bigger than an elephant, a house that lays an egg, storybook animals that leap out of their books at ...
ABOUT THIS AUDIOBOOK
$14
ISBN: 9781101915721
Unabridged Download 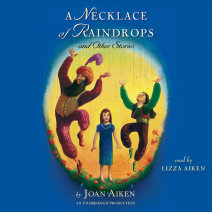 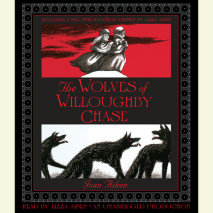 audio
The Wolves of Willoughby Chase
Author: Joan Aiken | Narrator: Lizza Aiken
Release Date: October 09, 2012
Wicked wolves and a grim governess threaten Bonnie and her cousin Sylvia when Bonnie's parents leave Willoughby Chase for a sea voyage. Left in the care of the cruel Miss Slighcarp, the girls can hardly believe what is happening to their once happy h...
ABOUT THIS AUDIOBOOK
$14
ISBN: 9780307991270
Unabridged Download 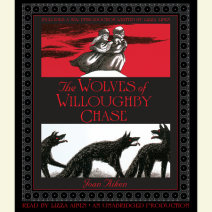