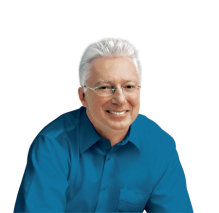 A. G. Lafley is the chairman and CEO of P&G, which is consistently recognized as one of the most admired companies in the world and a great developer of business leaders. A .G. was named CEO of the year in 2006 by Chief Executive magazine and serves on the boards of GE and Dell. His first opportunity to manage a business came when he was in the Navy and in charge of retail and services businesses for ten thousand Navy and Marine Corps people and their families. After the Navy he went to Harvard Business School, and then joined P&G following graduation. He started as a brand assistant for Joy in 1977 and was appointed CEO in June of 2000. 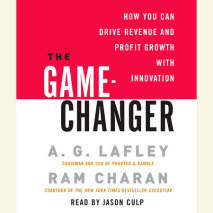 audio
The Game-Changer
Author: Ram Charan and A. G. Lafley | Narrator: Jason Culp
Release Date: April 08, 2008
How you can increase and sustain organic revenue and profit growth . . . whether you’re running an entire company or in your first management job.Over the past seven years, Procter & Gamble has tripled profits; significantly improved organi...
ABOUT THIS AUDIOBOOK
$22.50
ISBN: 9781415948033
Abridged DownloadUnabridged Download 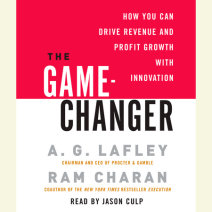