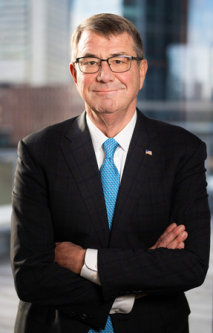 For over thirty-five years Ash Carter served in numerous jobs in the Department of Defense, mostly recently as the twenty-fifth Secretary of Defense under President Obama. He currently serves as the Director of the Belfer Center for Science and International Affairs at Harvard University's Kennedy School. He is also an innovation fellow at MIT. A native of Philadelphia, he and his wife, Stephanie, have two grown children. 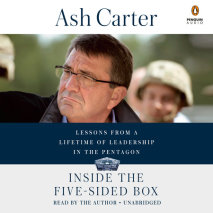 Inside the Five-Sided Box
Author: Ash Carter | Narrator: Ash Carter
Release Date: June 11, 2019
The twenty-fifth Secretary of Defense takes readers behind the scenes to reveal the inner workings of the Pentagon, its vital mission, and what it takes to lead it.   The Pentagon is the headquarters of the single largest institution in America:...
ABOUT THIS AUDIOBOOK
$27
ISBN: 9781984888297
Unabridged Download 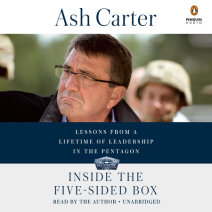