Jessica Goudeau has written for The Atlantic, The Washington Post, Los Angeles Times, Teen Vogue, among other places, and is a former columnist for Catapult. She produced projects for Teen Vogue ("Ask a Syrian Girl") and A Line Birds Cannot See, a documentary about a young girl who crossed the border into the US on her own. She has a PhD in literature from the University of Texas and served as a Mellon Writing Fellow and Interim Writing Center Director at Southwestern University. Goudeau has spent more than a decade working with refugees in Austin, TX and is the cofounder of Hill Tribers, a nonprofit that provided supplemental income for Burmese refugee artisans for seven years. 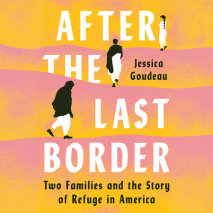 audio
After the Last Border
Author: Jessica Goudeau | Narrator: Soneela Nankani
Release Date: August 04, 2020
"Simply brilliant, both in its granular storytelling and its enormous compassion" --The New York Times Book ReviewThe story of two refugee families and their hope and resilience as they fight to survive and belong in AmericaThe welcoming and acceptan...
ABOUT THIS AUDIOBOOK
$22.50
ISBN: 9780593166000
Unabridged Download 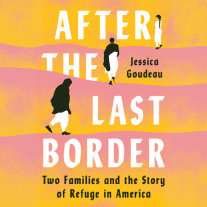