Ken Starr served as independent counsel, investigating the Clinton administration, from 1994 to 1999. His distinguished legal career also includes service as solicitor general of the United States under President George H. W. Bush, as a federal court of appeals judge nominated by President Reagan, and as a law clerk to Supreme Court Chief Justice Warren Burger. He served as president of Baylor University from 2010 to 2016 and as dean of Pepperdine School of Law from 2004 to 2010. 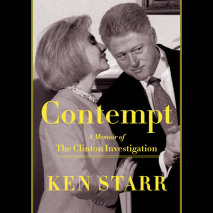 audio
Contempt
Author: Ken Starr | Narrator: Ken Starr
Release Date: September 11, 2018
Twenty years after the Starr Report and the Clinton impeachment, former special prosecutor Ken Starr finally shares his definitive account of one of the most divisive periods in American history.You could fill a library with books about the scandals ...
ABOUT THIS AUDIOBOOK
$20
ISBN: 9780525642350
Unabridged Download 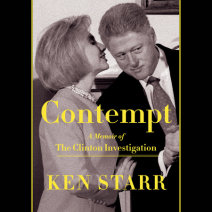