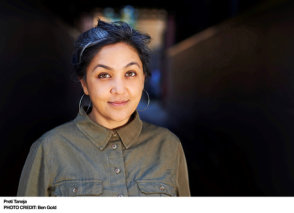 Preti Taneja was born in England to Indian parents. She has worked with youth charities, with refugees, and in conflict and post-conflict zones on minority and cultural rights, and teaches writing in prisons and universities. She is the co-founder of the advocacy collective ERA Films and of Visual Verse, an online anthology of art and words. We That Are Young won the 2018 Desmond Elliot Prize for the UK’s best debut novel and was nominated for numerous international awards, including the Folio Prize, India’s Shakti Bhatt First Novel Prize, and Europe’s most prestigious award for a work of world literature, the Prix Jan Michalski. 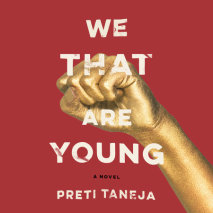 audio
We That Are Young
Author: Preti Taneja | Narrator: Benaifer Mirza
Release Date: August 28, 2018
When a billionaire hotelier and political operator attempts to pit his three daughters against one another, a brutal struggle for primacy begins in this modern-day take on Shakespeare’s King Lear. Set in contemporary India, where rich men are g...
ABOUT THIS AUDIOBOOK
$30
ISBN: 9781984829030
Unabridged Download 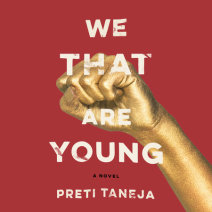