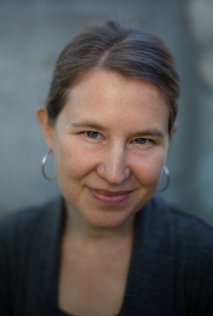 Eula Biss is the author of four books, including The New York Times bestseller On Immunity: An Inoculation, which was named one of the 10 Best Books of 2014 by The New York Times Book Review, and Notes from No Man’s Land: American Essays, which won the National Book Critics Circle Award for criticism. Her work has appeared in Harper’s, The New York Times, The Believer, and elsewhere, and has been supported by an NEA Literature Fellowship, a Howard Foundation Fellowship, and a Guggenheim Fellowship. 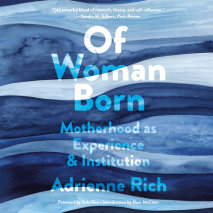 audio
Of Woman Born
Author: Adrienne Rich | Narrator: Gabra Zackman and Nicole Lewis
Release Date: April 27, 2021
Adrienne Rich's influential and landmark investigation concerns both the experience and the institution of motherhood.The experience is her own—as a woman, a poet, a feminist, and a mother—but it is an experience determined by the in...
ABOUT THIS AUDIOBOOK
$22.50
ISBN: 9780593501832
Unabridged Download 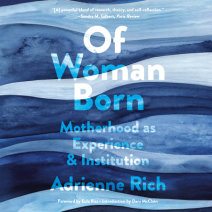 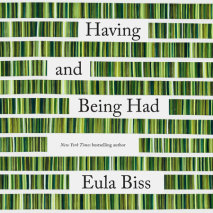 audio
Having and Being Had
Author: Eula Biss | Narrator: Alex McKenna
Release Date: September 01, 2020
A NEW YORK TIMES EDITORS’ CHOICE NAMED A BEST BOOK OF THE YEAR BY TIME , NPR, INSTYLE, AND GOOD HOUSEKEEPING“A sensational new book [that] tries to figure out whether it’s possible to live an ethical life in a c...
ABOUT THIS AUDIOBOOK
$17.50
ISBN: 9780593288535
Unabridged Download 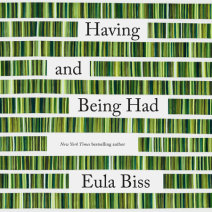