N. Richard Nash, (1913-2000), was an American playwright, screenwriter and novelist. Born in Philadelphia, he was one of the writers of the "golden age" of television, and the author of The Rainmaker and other plays translated into numerous languages. Often under the name "John Roc" he wrote radical works of which seven have been published in N. Richard Nash Selected Plays. Along with Cry Macho, his fiction includes The Last Magic, Radiance, and East Wind, Rain and the Roc novel Winter Blood. 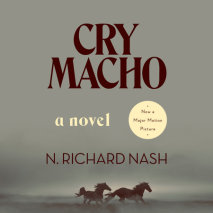 audio
Cry Macho
Author: N. Richard Nash | Narrator: Chris Henry Coffey
Release Date: September 14, 2021
Now a major motion picture directed by and starring Clint Eastwood, a riveting novel of an aging rodeo star's last ride.Mike's best years are behind him. There was a time when he was the best rider in the circuit, but a divorce and years of hard livi...
ABOUT THIS AUDIOBOOK
$20
ISBN: 9780593505977
Unabridged Download 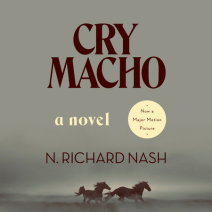