Dessa is a rapper, a singer, an essayist, and a proud member of the Doomtree hip-hop crew. She's performed around the world at opera houses and rock clubs and while standing on barroom tables. She's landed on the Billboard Top 200 Albums list as a solo artist (Parts of Speech, Chime), as a Doomtree member (All Hands), and as a contributor to The Hamilton Mixtape. As a writer, she's contributed to the New York Times Magazine, Minnesota Public Radio, the Star Tribune (Minneapolis), Minnesota Monthly, literary journals across the country, and has published two short collections of poetry and essays. She now splits her time between Manhattan, Minneapolis, and a tour van cruising at six miles per hour above the posted limit. 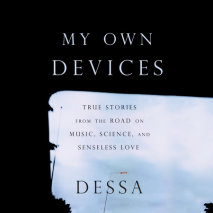 audio
My Own Devices
Author: Dessa | Narrator: Dessa
Release Date: September 18, 2018
“I love the way Dessa puts words together. In her songs, in her poetry, in her short stories, and now in this beautiful and candid memoir.  Wanna be an artist? Get this book.”--Lin-Manuel Miranda"Dessa writes beautifully about a wide...
ABOUT THIS AUDIOBOOK
$17.50
ISBN: 9780525641995
Unabridged Download 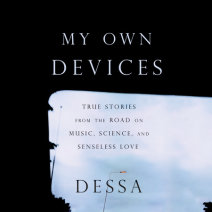