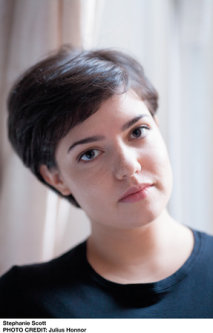 Stephanie Scott is a Singaporean and British writer who was born and raised in South East Asia. She read English Literature at York and Cambridge and holds an M.St in Creative Writing from Oxford. Scott was awarded a BAJS Toshiba Studentship for her anthropological work on her novel What's Left of Me Is Yours and has been made a member of the British Japanese Law Association as a result of her research. What's Left of Me Is Yours was named a Brooklyn Book Festival Debut of the Year and a Guardian / Observer Best Debut of 2020. She is based in Singapore and London. 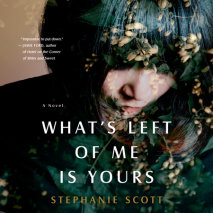 audio
What's Left of Me Is Yours
Author: Stephanie Scott | Narrator: Janet Song and Emily Woo Zeller
Release Date: June 23, 2020
"Each chapter of this enrapturing novel is elegantly brief and charged with barely contained emotion." --New York Times Book ReviewA gripping debut set in modern-day Tokyo and inspired by a true crime, for readers of Everything I Never Told You and T...
ABOUT THIS AUDIOBOOK
$22.50
ISBN: 9780593169254
Unabridged Download 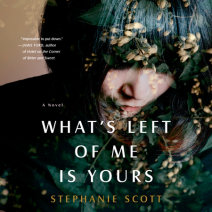