Nicholas Negroponte is the author of the bestseller Being Digital, which has been translated into more than 40 languages. Negroponte is the co-founder of the MIT Media Lab, which he directed for its first 20 years. A graduate of MIT, Negroponte is considered a pioneer in the field of computer-aided design. He gave the first TED talk in 1984 and has given over a dozen more since. He founded the non-profit One Laptop per Child, which deployed $1 billion of laptops for primary education in the developing world. 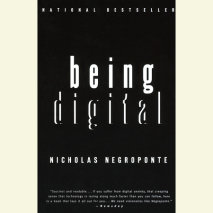 Being Digital
Author: Nicholas Negroponte | Narrator: Penn Jillette
Release Date: May 26, 2009
In lively, mordantly witty prose, Negroponte decodes the mysteries--and debunks the hype--surrounding bandwidth, multimedia, virtual reality, and the Internet, and explains why such touted innovations as the fax and the CD-ROM are likely to go the wa...
ABOUT THIS AUDIOBOOK
$9
ISBN: 9780307704535
Abridged Download 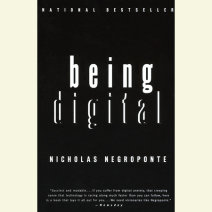