Skai Jackson is an actress and activist best known for her roles on Disney Channel's Bunk'd and Jessie. She was named to the Hollywood Reporter's Top 30 Stars Under Age 18 list, Variety's Young Hollywood Impact Report, and Time's 30 Most Influential Teens of the Year list, and was nominated for a NAACP Image Award. She's also been featured in The Cut, Teen Vogue, and Ebony, among many others. She lives in Los Angeles. You can follow her on Instagram, Facebook, and Twitter at @skaijackson. 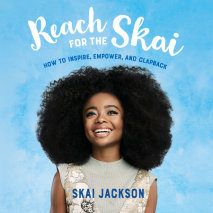 audio
Reach for the Skai
Author: Skai Jackson | Narrator: Skai Jackson
Release Date: October 01, 2019
Actress, activist, and now Danicing with the Stars competitor Skai Jackson shares her lessons on life and her rise to stardom in this vibrant memoir about self-acceptance, girl empowerment, and the classy clapback.Actress and activist Skai Jackson is...
ABOUT THIS AUDIOBOOK
$14
ISBN: 9780593104491
Unabridged Download 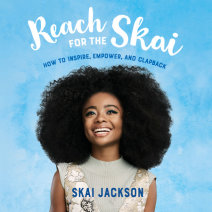